Simon 114. view of downtown Portland from the Hawthorne Bridge, after the construction of the Seawall in 1927. The buildings in the foreground were demolished to make way for the Portland Public Market Building in 1933. (note billboard advertising "7th Western Divisional meeting of the Chamber of Commerce of the USA" which was held at Ogden, Utah, on October 1, 1929. billboard advertising "Powers for more than 60 years. Their 60th anniversary was 1926. In all likelihood, this dates from the summer of 1929.) 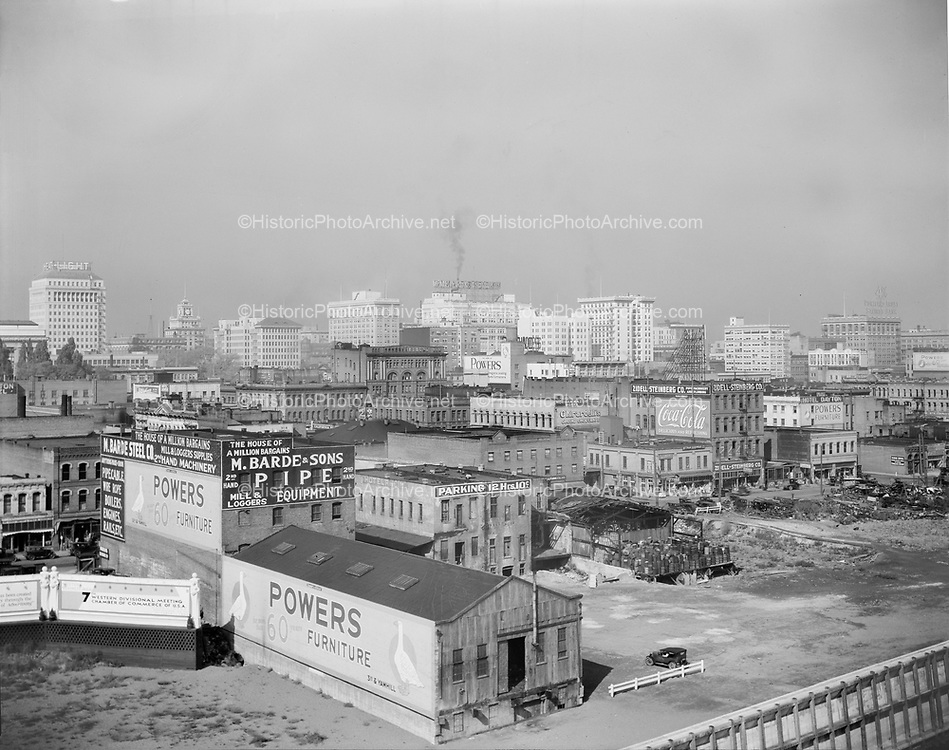